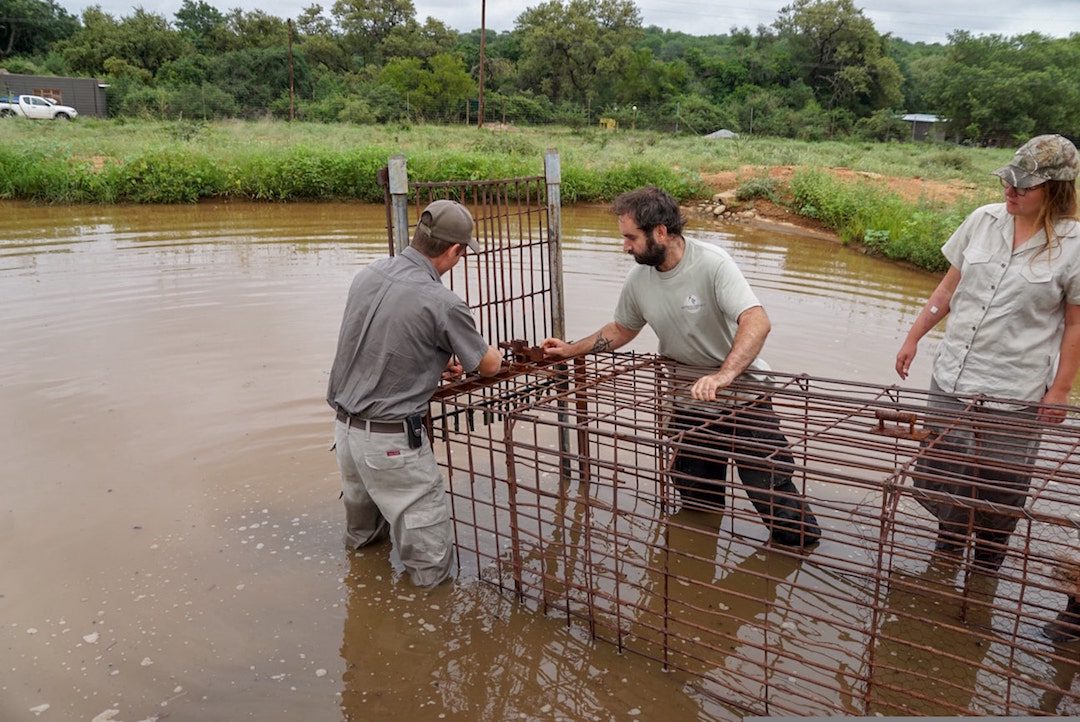 We had a call from a resident at Hippo Pools about a crocodile who had taken up residence in a waterhole nearby his home. Dogs are a hugely appealing meal to a crocodile and unfortunately for this home owner he owns several, meaning almost every evening the croc would approach the house in search of his next meal. An environmental officer contacted Brian in order to seek his advice on this very real threat and asked if we could be able to assist in catching and relocating the crocodile. Staff and volunteers loaded the trap onto the bakkie and set out for the farm, once we arrived everyone pulled together to carry the very (VERY) heavy trap cage and lower it into the water. After the trap was in place it was time to set the bate! We used a game carcass and fowls accompanied with a generous amount of blood in hope of enticing the croc into the trap… now it’s just a waiting game to see if the sneaky croc will be caught.