Wednesday morning got off to an ordinary start until it was quickly interrupted by a call saying that the crocodile had been caught! A day and a half after setting the trap luck was on our side. Everything was put on hold and we all rushed to get to the sight where we had set the trap and catch a glimpse of this sneaky croc! Upon arriving at the farm, the croc was still submerged in the water and the trap had been covered to avoid causing too much stress. 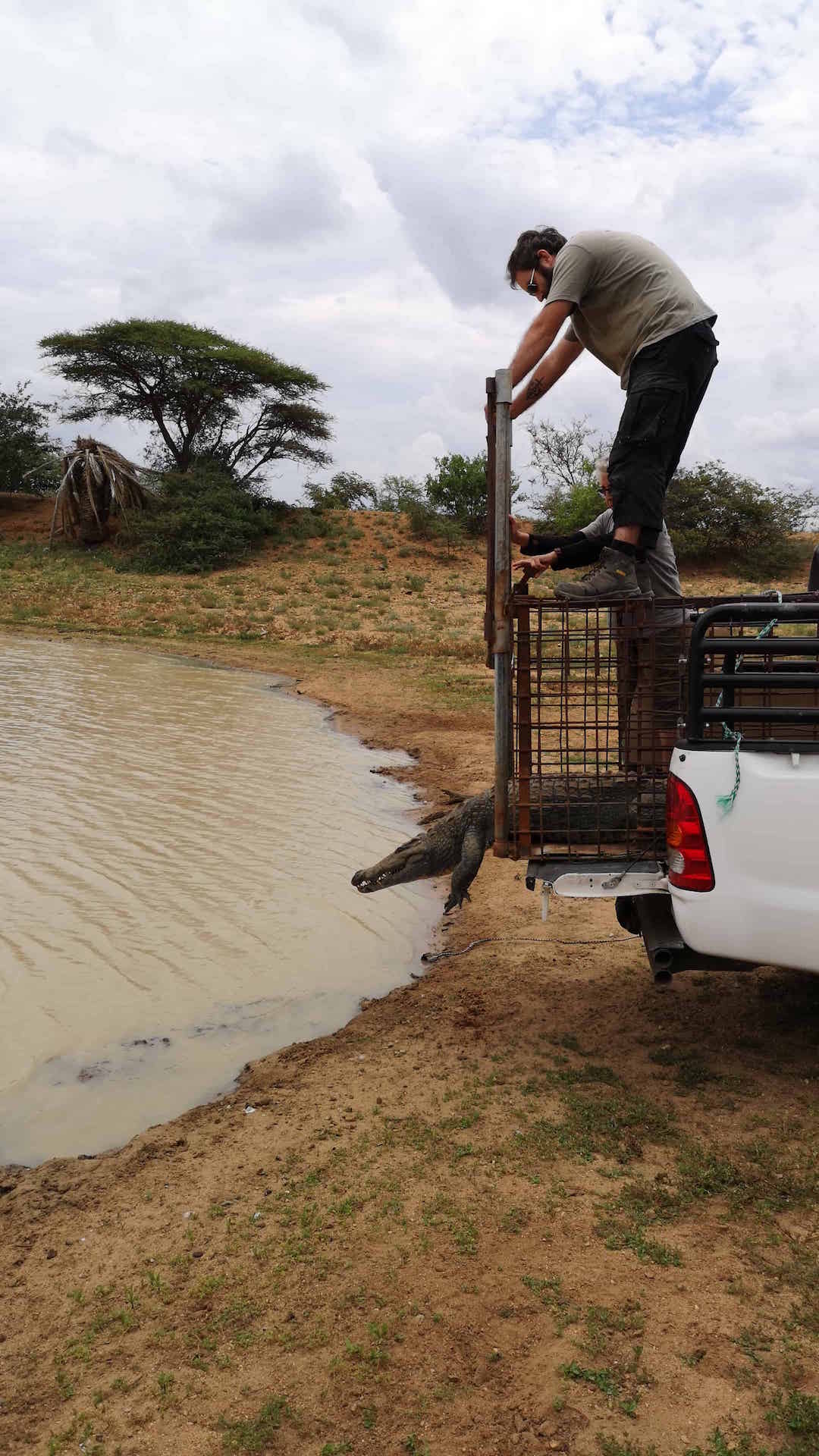 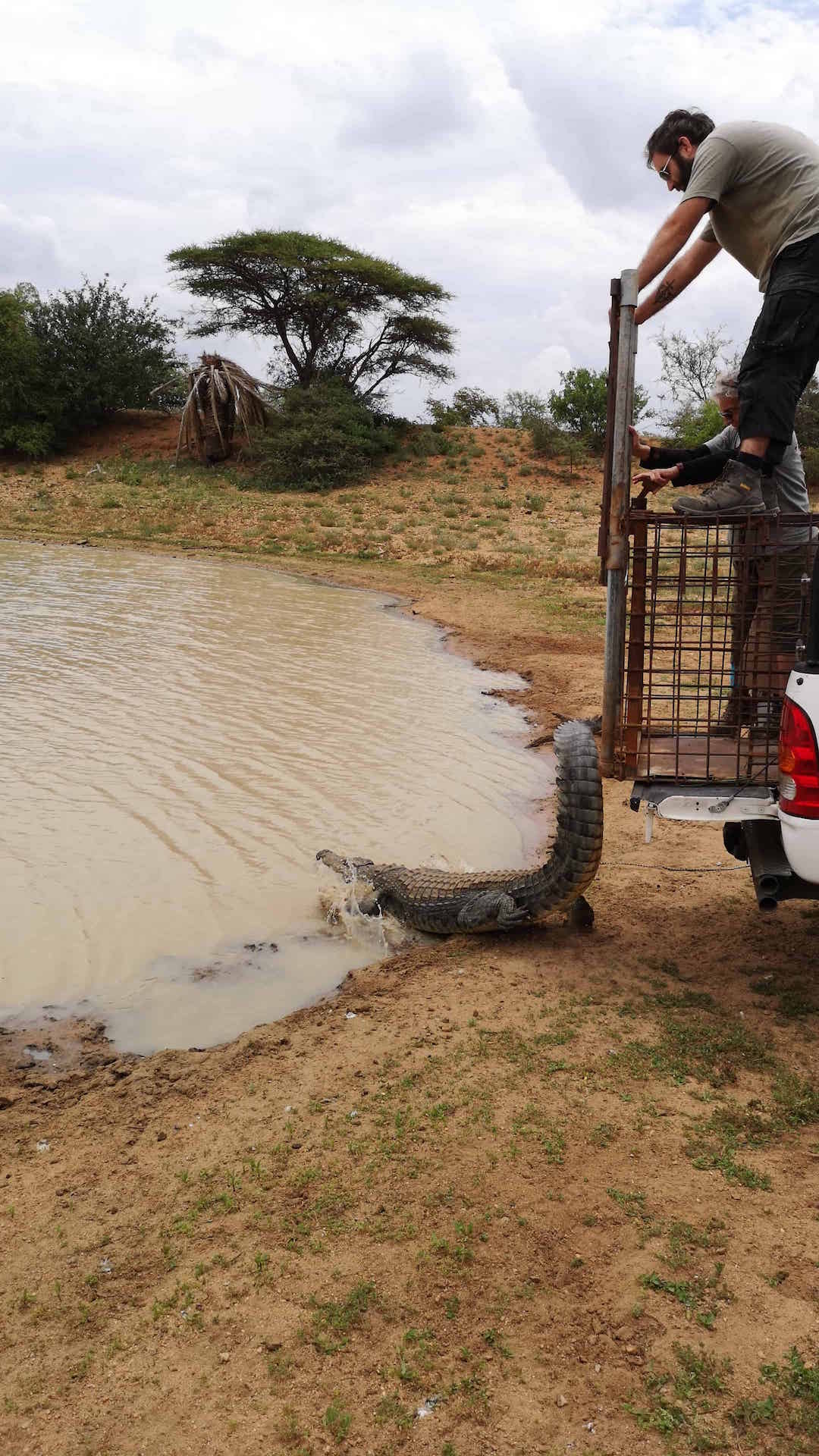 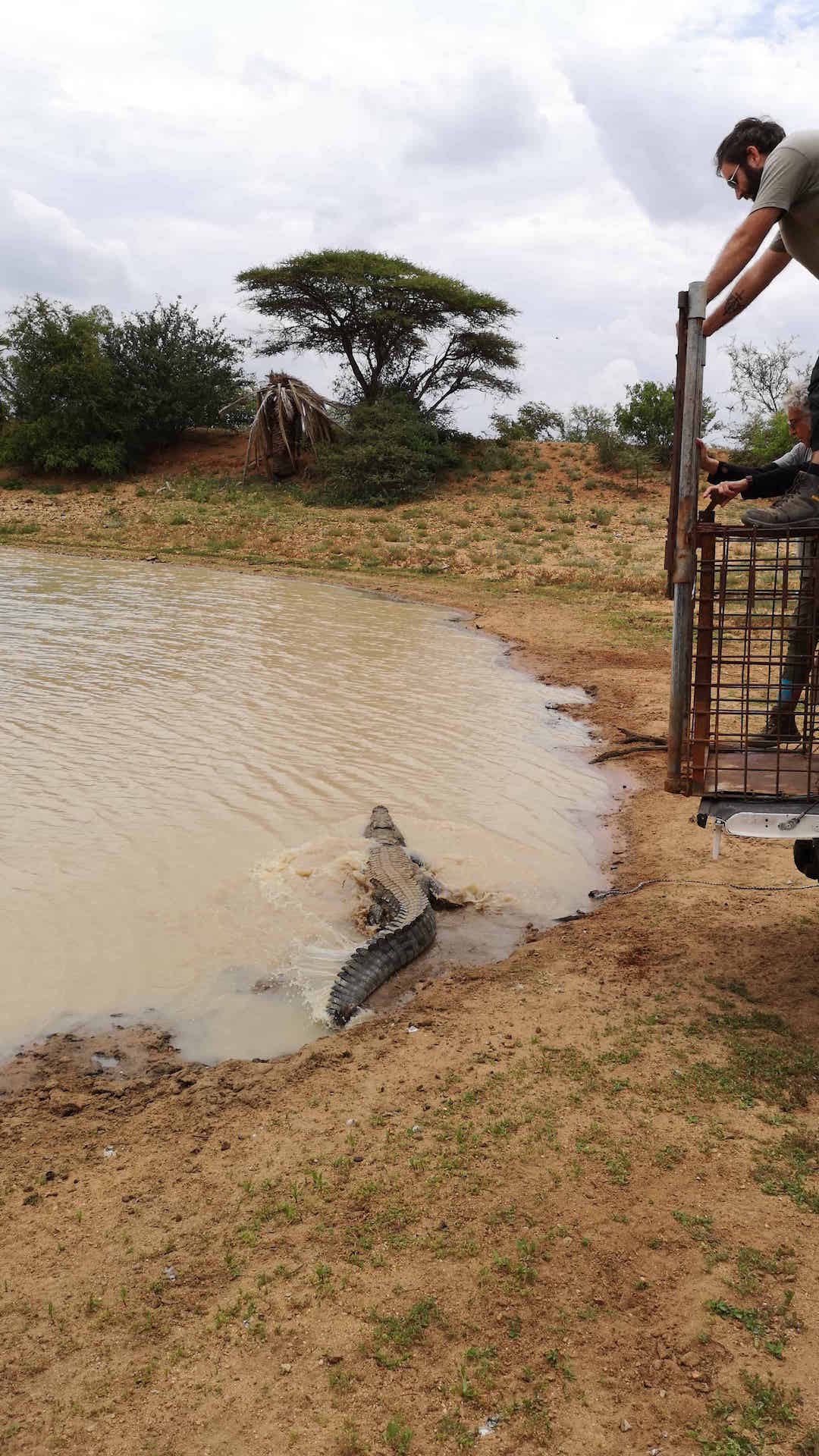 Now the hard work started, we had to get the trap containing the croc onto the back of the bakkie all whilst being as quiet as possible. The heavy trap now became even heavier but our volunteers and staff channelled their inner Arnold Schwarzenegger and managed to load the trap.

A beautiful drive deep into the bush found us at our release sight, a reserve where we have previously released 5 crocs, brown hyena, honey badger and serval! Next to a huge, wide-open dam everyone lined up ready to watch our prehistoric friend find his way into his new home. Claudia Rothman and Will Cummins (our long-term volunteers here at Moholoholo) opened up the gate, allowing this incredible creature to find his way! The croc took off at great speed and dived into the water, not to be seen again.

What a great and unexpected morning!!