Towards the end of January, we were called to assist with an emergency at a reserve about 4 hours away in Northern Limpopo. There had been a mass poisoning (the poison was laced on a donkey) and already over 50 vultures, 3 lions and one leopard had been found dead close to the scene. After loading up the bakkie with endless supplies of ringers, charcoal, syringes, tubes and towels our 3 clinic staff set off for the long journey to the poisoning site. They arrived at 5pm and fortunately 25 vultures where still alive so the ladies immediately got to work treating the survivors. It was truly a horrible site to witness, two bakkies full of weak and dying vultures… there were two lappet faced vultures, one cape griffon, one white headed vulture and 19 white backed vultures and amongst them a tawny eagle was also suffering. One by one our staff managed to give the birds the treatment they needed and began to load them into our vehicle so that they could travel safely back to Moholoholo.

On the journey back to Moholoholo they had to stop every hour and a half to two hours to check on the birds and provide ongoing treatment. After two checks in the middle of the reserve by torch light they eventually arrived back at the rehab at 2am here all of the birds where placed into suitable boxes and cubicles. The treatment was continued throughout the night and by morning a few of them were looking much stronger, although the majority were still weak. We were especially concerned about a few of them that looked like they might not pull through… with the help of our wonderful students and other staff members treatment continued and slowly some improvement was shown. The strongest began to stand and stay standing, soon it was time to offer them some food.

A week after they were rescued, they were all through the worst of it. The few we were concerned about showed signs of a relapse and in the end needed more intensive treatment whilst the feisty ones went from strength to strength. Thankfully the individuals that relapsed caught up with the others and soon began to stand, eat and drink.

We had all the birds wing tagged and leg ringed before they were moved outside to an exercise enclosure where they stayed for some days to be monitored and build up strength.

On Saturday 1st February, we invited the public to join us to release all of the birds we had managed to save. Wonderfully about 150 people turned up to watch the event. It is always a worrying day when we release any animal or bird as you know you have done all you can to prepare them for their next step, but the rest is up the them. The release was a huge success. 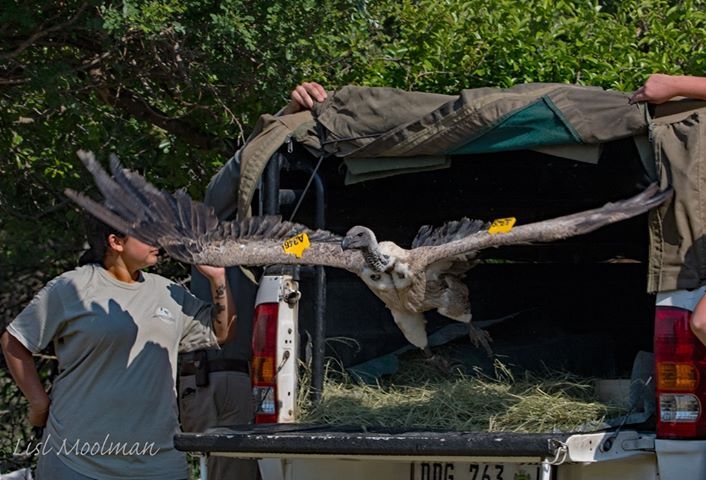 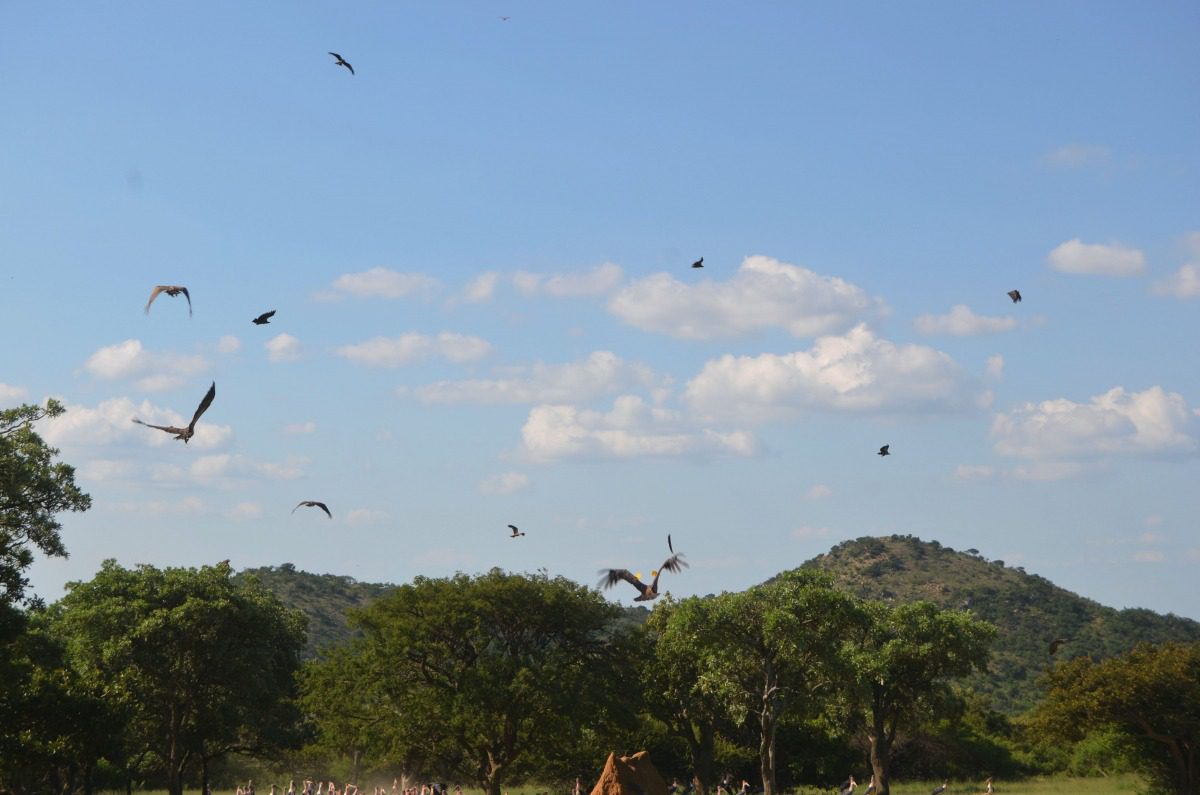 Brian Jones, manager of Moholoholo, says that in over 60 years it is the first time he has witnessed all 5 vulture species that are found in Kruger (lappet faced, cape, white headed, white backed and hooded) poisoned at one carcass.

In the days following the rescue the rangers and wand the wardens sadly found 5 more white backs, 4 tawnys, 4 lappets faced and one hooded vulture deceased in the veld, also fatalities from the same poisoning. In the same week, 54 vultures where poisoned in Zimbabwe! these are the same species of vulture that move all around Southern Africa.

The poisoning and poaching of our wild animal and birds in south Africa and the rest of Africa has become an extremely serious problem. It seems that it wont stop until there are no more pangolin, rhino, vultures and eagles, elephant and lion left.

We urge all members of the public to be vigilant when you are in and around the bush. If you find any birds of prey or mammals for that matter that are showing signs of poisoning or injury, please cover their eye immediately and bring them straight to Moholoholo for treatment.