The translocation of the first two leopards to Malawi was originally scheduled for Wednesday 29 September. Unfortunately, the issuing of the CITES export permits took longer than expected. This was not as a result of faulty paperwork but merely because it entailed the approval of several different people which was very time-consuming. As a result, the scheduled date was looming without the permits in hand and the trip was postponed until Saturday 01 October to give more leeway for the permits to be issued.

Thankfully, due to the efforts of Dr Deon von Wielligh, Mr Bert Howard and others from the Department of Economic Development, Environment and Tourism from The Limpopo Provincial Government in Polokwane the paperwork were processed and the necessary permits issued on Monday 27 September. As we didn’t want to risk mailing or even couriering the original documents at such a late stage, we drove through to Polokwane on Wednesday 29 September to pick up the permits in person.

With the permits in hand we could in earnest prepare for the flight to Malawi. Dr Ivan Marx, in collaboration with the Bateleurs, kindly offered to fly the leopards to Malawi in his privately owned King Air 90. The flight was at Dr Marx’s own cost and represented a considerable financial contribution to the project. As Dr Marx’s aircraft is stored at Wonderboom Airport in Pretoria, the plan was to travel from Wonderboom to Hoedspruit Airport to pick up the leopards and from there on to Polokwane Airport to clear customs and link to Chileka Airport in Malawi. Unfortunately, upon investigation it appeared that we were not allowed to land at Hoedspruit Airport before 11:00 without paying a considerable fine. The alternative would have been to transport the leopards by road to Polokwane Airport which would be dangerous to the leopards as this would add significantly to the time for which they would be sedated.

Fortuitously, we were referred to Mr Deon Kraidy who owned and managed a landing strip on the outskirts of Hoedspruit. Mr Kraidy kindly offered the use of his airstrip for the leopard pick up.

At this point two IATA certified leopard holding crates had been prepared to transport the two leopards. These crates were kindly delivered without charge to the Moholoholo Rehab Centre by the manufacturer, Dr Charles van Niekerk from Wildlife Assignments International. The Moholoholo Rehab Centre in Hoedspruit was the facility where the leopards were kept for their 30-day compulsory quarantine period. Their stay at the Rehab Centre was sponsored at considerable expense and effort and many thanks are due to Mr Johan Strijdom, owner of Moholoholo and Mr Brian Jones, manager of Moholoholo Rehab Centre. Frustratingly, upon delivery at the rehab centre, it was realised that the crates would be too broad to fit through the door of a King Air 90. Mr Brian Jones from the Moholoholo Centre kindly took the crates to a local steel manufacturer to reduce the width from 60cm to 55cm. However, it was soon realised that the crates were also too long to fit into the aircraft. Shortening the crates would have rendered them too small to fit the leopards and as such it was decided to take the leopards without the crates but under heavy sedation.

The Limpopo Province state veterinarian, Dr Bjorn Reininghaus, was scheduled to carry out the final veterinary procedures as precondition to the importation to Malawi, on Saturday morning prior to sedation. This involved administering the leopards’ final booster shots for Rabies and Cat flu and treating for internal and external parasites. The procedures followed were then detailed in a veterinary health certificate issued by the State veterinarian which was required to enable clearance for exportation from South Africa and eventual importation to Malawi.

By Saturday morning, the number of people standing ready to receive and clear the leopard cargo included the following:

the reserve, the Malawi State Veterinarian to verify the veterinary permits upon arrival in Malawi, the customs officials to approve the import permits, Malawi television representatives to document the occasion and many interested and excited people to witness their arrival.

To everyone’s great disappointment, the weather forecast for the flight path between South Africa and Malawi predicted unfavourable flying conditions and the entire exercise had to be postponed at the last minute. The flight was delayed until Thursday 6 October to wait for more favourable weather conditions, but even by Thursday, the weather forecast remained dire. Instead of waiting longer for better weather conditions, the decision was made to postpone the flight until Friday 7 September and to change the routing to accommodate the bad weather. To achieve this, the leopards had to be transported to an airport where an instrument assisted landing would be possible. It was arranged for the leopards to be transported by road for collection at the Kruger Mpumalanga International Airport outside Nelspruit. The change in international airport lengthened the flight to Malawi, but more importantly reduced the initial travel time by road and thereby shortened the time that the leopards had to be under sedation. With export from a different airport in a different province, various other people had to become involved.

Friday morning, 07 September, Dr Marx checked the weather forecast for a final time and at last the weather was in our favour, favourable enough to cancel the arrangements to take the leopards by road and to pick them up at Mr Kraidy’s airstrip in Hoedspruit. Dr Reininghaus administered the final veterinary treatments early Friday morning and completed all veterinary documentation. Coinciding with the departure of Dr Marx and myself from Wonderboom Airport Friday morning, Dr Muller darted both leopards and together with Mr Brian Jones and his students loaded them in to the back of a vehicle, drove them to the airstrip and awaited our arrival.

By 10:00 Dr Muller and the leopards were loaded in the plane and we were making our way to KMI Airport where everyone involved was waiting to play their part and get the leopards into the air and on their way to Majete. With everyone’s eager cooperation all the paperwork and administration was quickly dealt with and the leopards were cleared for export. The three hour flight to Chileka airport was thankfully uneventful and the leopards, with the help of a couple of supplementary doses of drugs slept peacefully the entire way. Dr Muller monitored each regularly, checking their breathing and ensuring that they remained hydrated. Our arrival at Chileka airport was to an excited crowd of officials, Majete staff and media, some standing by to assist in loading the leopards onto the vehicle and others to take care of all the necessary paperwork. Although everything went smoothly, the process took much longer than initially expected and we arrived at the bomas in Majete only after dark. By the time the leopards were
offloaded into the bomas and made comfortable to sleep off the rest of the drugs, they had been sedated for a lengthy ten hours. Despite this, the leopards awoke unscathed. By Saturday morning both leopards were awake and alert and already ate the food that was left out for them. After inspection of the leopards by the veterinary representative from the Malawi Department of National Parks and Wildlife, the translocation was
declared a success.

African Parks and in particular African Parks Majete would like to thank all those that contributed to the success of this endeavour. The logistics and administration involved in an operation such as this is considerable and requires the cooperation of many people at various stages of the process. We are immensely grateful to all who worked towards the success of the translocation, and would like to acknowledge not only those mentioned in this update but also the multitude of contributors that remain unnamed. This translocation would not have been possible if the Malawian people were not ready to receive them so we would also like to thank the people of Malawi for the welcome we received and for their enthusiasm to restore their beautiful country. 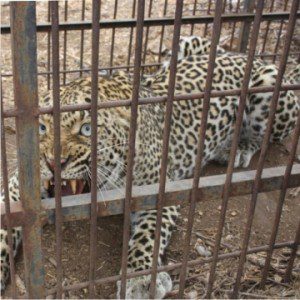 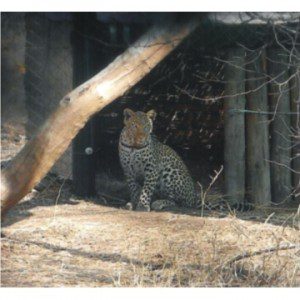 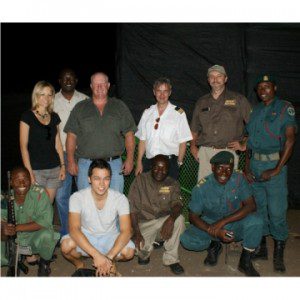 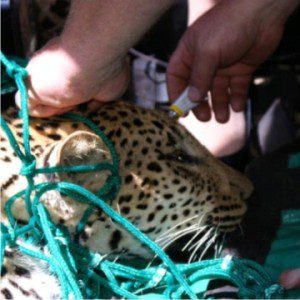 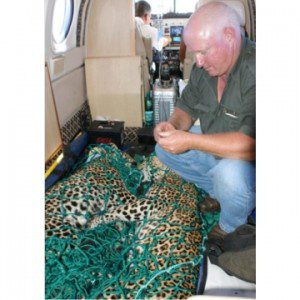 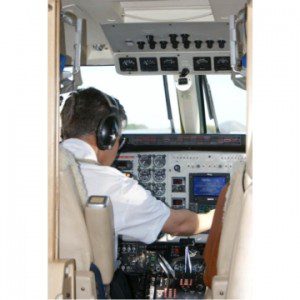 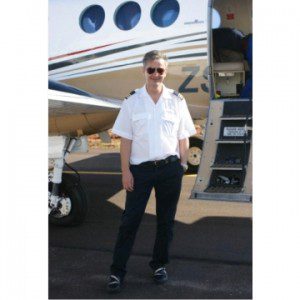 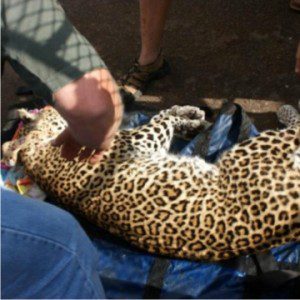